This article was originally published on Apolitical.

I learned this in my role as a FUSE executive fellow with L.A. County Child Support Services (CSS), an organization which employs 1,450 people and is responsible for managing around 230,000 child support cases.

In 2018, CSS brought me in to help improve customer experience for parents who pay and receive child support, and to improve payment outcomes.

At CSS, the internal research showed that payer parents felt CSS was biased in favor of the parents receiving support. Additionally, the community could recall a previous era when payers who didn’t meet their child support payments were arrested. Much of the information delivered by the agency used hard to understand legal language. 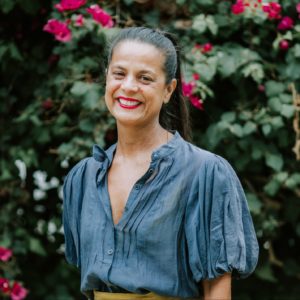 Amanda Wang Valentine is an entrepreneur focused on startups and early-stage growth companies. She has worked in diverse sectors, including finance, media, and digital health. Most recently, she co-founded two applied-science companies, including MotiSpark.com, an engagement platform for patients with chronic diseases. Before transitioning to startups, she worked in venture capital, investment banking, and research analysis at Turnbull & Partners/Goldman Sachs Australia and ABN AMRO. She holds a B.A. from the University of Sydney.

CSS is no different to any other government agency. It is designed to be anti-change: a tight system with mature, regulated processes and the typical government constraints of legal, interagency, union, older technology, and budget.

If any of this sounds like your government department, although it’s not immediately obvious to you, know there’s alway a soft leverage point in the system to test a new change, and it doesn’t have to take years, cost a ton, interrupt workflow, and need a legislative change.

I narrowed down my scope, using a lens of equity, and my task became helping CSS deploy a pilot with the goal of streamlining and humanizing communications with payer parents during customer onboarding. The pilot added a critical piece to the existing process. Rather than only sending a dense stack of legal papers to payer parents without explanation, then serving them to respond to a legal summons, the pilot instituted first speaking with them on the phone to preview the upcoming legal child support process.

For the 70 percent of payer parents whose phone numbers were incorrect, we separately sent a half-page introductory note written in large, legible font that simplified the child support process into four easy steps. The pilot also included training for staff to help them communicate with payer parents clearly and simply so as to build trust.

This initiative had a dramatic force multiplier effect. Families began receiving their child support payments 36 percent more quickly than before the pilot. The reaction from the community was subsequently very positive. New customers onboarded via the proactive outreach adopted the process much faster than the control group, which did not have access to these conversations. The simple measures we took had proved effective.

While it might seem impossible to change long-standing processes in a bureaucracy, not only is it possible, but it can be successful and most certainly worth the effort.

Employees, who were initially somewhat sceptical, also benefited from the program. Those who piloted the program reported feeling like their work mattered more, and the day went faster as a result. The initial upfront work has also resulted in less case work later in the process, allowing resources to be deployed in creating a dedicated team to remotely onboard all new customers.

Lesson learned? While it might seem impossible to change long-standing processes in a bureaucracy, not only is it possible, but it can be successful and most certainly worth the effort. Here are some of my insights on how to successfully make headway to piloting a program.

If a new pilot requires a dramatic behavior change from staff, apply a new lens.

This might include combining approaches for behavioral science, lean, neuroscience, design thinking, or change management to accelerate staff’s progress and align senior teams’ expectations. A paradigm shift requires staff to understand why people tend to resist change. However, people adapt best to change when it occurs in small increments, so break the process into stages that nudge people gradually toward the desired end.

You can also help shift mindsets by unpacking the reasons why services were previously provided in a certain way. For example, were processes driven by regulations, funding structures, or performance measures? Or was it simply the way things were done, and no one questioned them? Answers to these questions can also help drive the redesign of services. Most important is to show how the switch can potentially improve customer service as well as staff experiences.

To smooth the process and reduce political friction, it is also a good idea to loop in senior management to publicly and privately show their support for the change.

Break the overall goal into microsteps, and test a small change that scaffolds to a bigger one. Make the pilot “iterative,” by which I mean adapt the pilot according to new information as it is learned. Give people tools so that they can iterate in real time and see whether breaking down or changing the pilot allows greater acceptance.

From the beginning, it is important to include frontline workers, as they will be testing and delivering the service. Help staff who volunteer for the pilot to understand their roles in the process and how these roles ultimately benefit customers. Providing all staff with communication tools is key as well, as this will help them better connect with customers.

The pilot staff will need to develop an experimental mindset primed for learning. You may need to explain that mistakes will happen, but that these will be used to further learning and the pilot design. Hold regular meetings facilitated by someone who understands change management, and allow pilot volunteers to share openly without inhibition.

Take a cue from lean startups and systems thinking

Key to achieving your objective is to map the formal (what’s supposed to happen) and informal (what really happens) steps in your process. Keep breaking down the big problem you are trying to solve into a smaller addressable problem. This will help identify a time, team, and place (the soft leverage point) to start testing a change. Do the initial service redesign based on one small change.

Be aware that even though people resist change, they prefer the idea of major changes that work perfectly and will be unenthusiastic about small changes that are iterative. Promising a big huge change is a setup for failure. To counter this, when bringing in direct and indirect stakeholders to get their feedback, connect the small change to the bigger overall vision. Be comfortable with small and not perfect. Among startups, this is called designing a “Minimum Viable Product.”

Even though you are designing and testing a small change, you need to keep the entire system in mind, because you also need the ability to expand and sustain this change if it’s successful. So, like startups, be adaptable and scrappy, and like a corporate change management expert, keep the bigger system in mind at all times.