The California Department of Corrections and Rehabilitation (CDCR) is responsible for the incarceration of nearly 100,000 adults, operating the second largest prison system in the United States. Los Angeles County (LA County) is the largest contributor to the carceral system in California – with nearly 30% of all adults admitted to CDCR coming from the County. In recent years, LA County has embraced the opportunity to reduce its reliance on incarceration, calling for an end to excessive sentencing practices. In 2022, the LA County Public Defender’s Office proposed the Public Defense Pilot Program. This program will develop a global, collaborative approach to resentencing indigent defense clients, supporting the successful reentry of resentenced and released LA County individuals back into their communities.

DR. LYSA LIGGINS has over 26 years working in the field of workforce and talent development. She has dedicated this phase of her career to constructing educational and career opportunities specifically for presently and formerly incarcerated individuals. She is a trusted leader and orator who uses her voice for anti-recidivism advocacy and to champion equity and social justice among marginalized communities. She is the founder of Leaders GROW Leaders, a consulting group that focuses on professional development, emotional intelligence, and navigating individuals into career opportunities. She also works as adjunct faculty at both the Community College and University levels. Dr. Lysa earned a Bachelor of Arts degree in Liberal Studies and a Master’s Degree in Leadership and Management both from the University of La Verne. She earned an Educational Doctorate in Organizational Leadership from Pepperdine University in 2016 and is presently completing her Ph.D. in Global Leadership. In her spare time, Dr. Lysa enjoys spending time with her family, writing, reading, outdoor activities, and mentoring. She has one adult daughter. 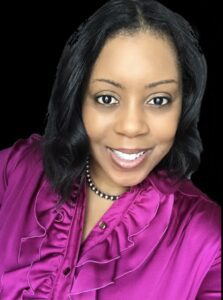